The theme of our big trip could be waterfalls.

We seem to see a new one every couple of days lately, and today we’ll finally see the biggest of all – Niagara Falls!

We’ve booked a proper tour online to get to the falls, as the total cost of a tour wasn’t far off doing it ourselves, and it would be more comfortable.

The tours make a couple of extra stops too, so was an easy choice.

We chose Zoom Tours as they offered a competitively priced tour, but they all seemed much the same.

We met with the tour guide downtown at 8 am, and then made our way to the Falls in a minibus, which took about 2 hours.

As we said in a previous post, we’ve seen pretty cool waterfalls such as Iguazu falls in Brazil and more recently a few big ones in Iceland, but Niagara Falls were pretty spectacular.

With their power and water volume, they could fill up 1 million bathtubs in every second. Handy!

We started the day by heading directly to the Hornblower boat, to get a closer (wetter!) look at the falls.

They provide you with ponchos when getting on the boat as you get pretty wet (soaked). It’s only a 20 min or so ride, but it was pretty cool getting so close.

We got the fenicular back up, which gave us a good panoramic view over the falls.

Niagara Falls was pretty busy, but nowhere near as busy as we thought it would be. Iguazu, as a comparison, was much busier so that was a pleasant surprise.

After a picnic lunch, some relaxing reading time in the park and more waterfall viewing, we decided to go for a walk around the town. It’s pretty tacky! We did feel like we were in a mini Disney/Vegas looking town with casinos, arcade game rooms and hotels everywhere. Not really worth your time there. 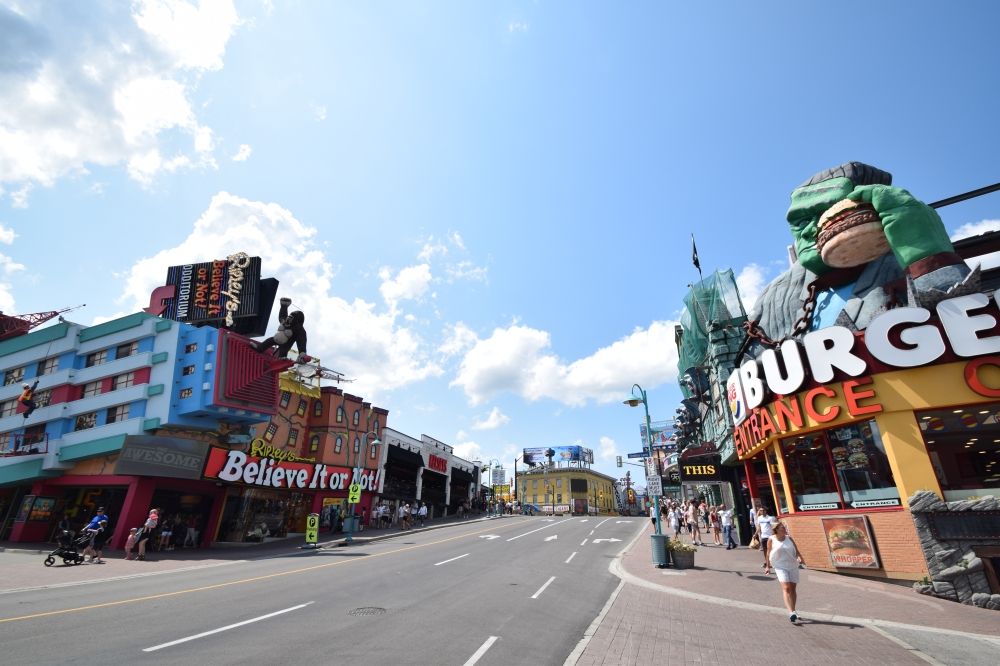 The tour guide then took us around the park where we visited the Floral clock, and then went to a vineyard for a wine tasting of the apparently very popular (we had no idea this existed) ‘ice wine’.

Ice wine is a Canadian produced sweet dessert wine. The grapes are harvested in winter (December/January) between 2am and 5am, before sunrise to ensure the grapes are still frozen to keep all of their taste and sweetness.

The wine itself is very good. It’s very sweet and would pair nicely with foie gras or cheese, a bit like a Sauternes.

After that, our final stop was the tiny little church of the town. It can sit 8 people and funnily enough, you can actually get married here. Fun stuff. It’s officially the smallest Chapel in the world!

This site uses Akismet to reduce spam. Learn how your comment data is processed.